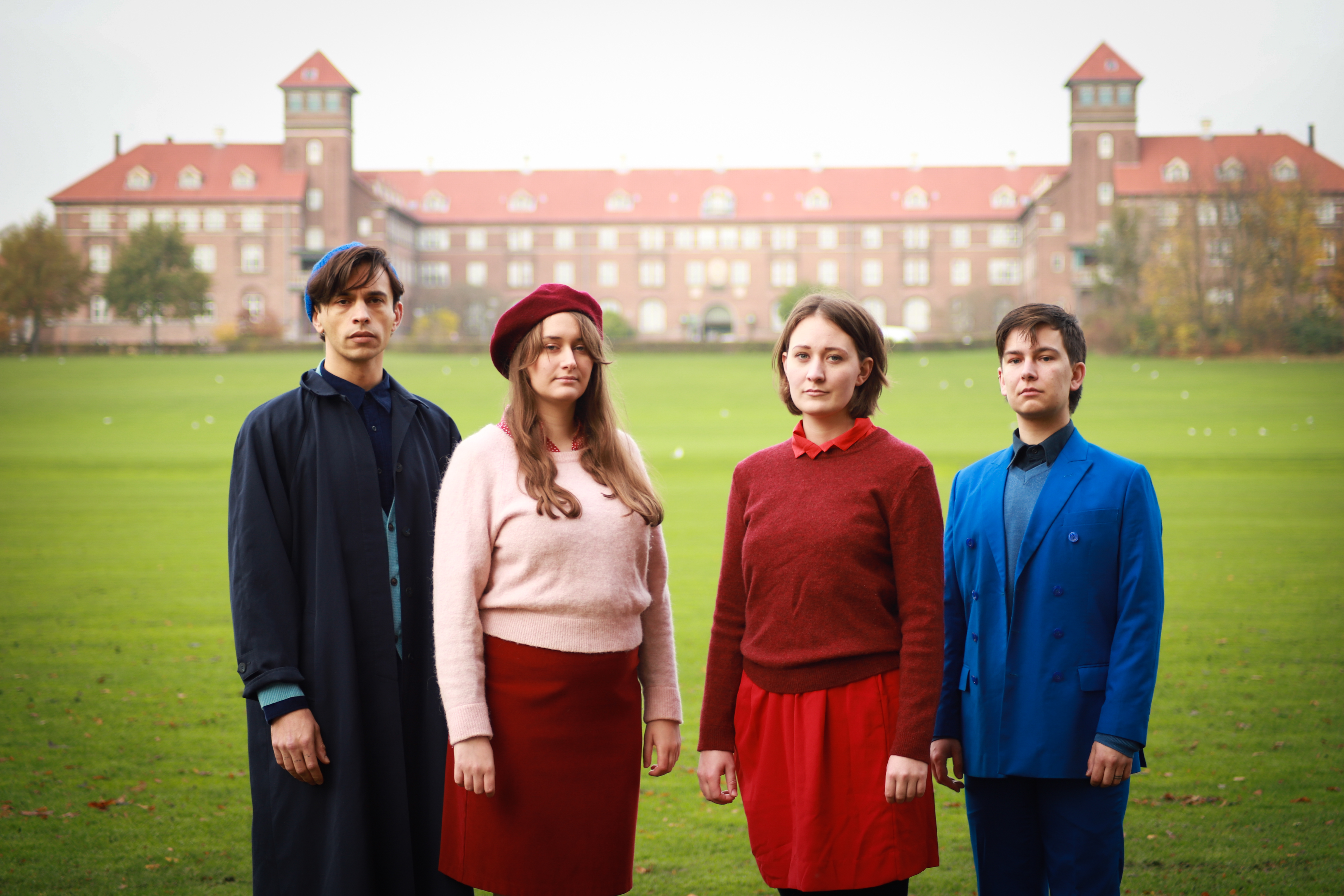 The fiction and characters in The Future is Straight

In The Future is Straight you will play a young rehabber in a gay conversion therapy facility.

The Future is Straight is a story about a gay conversion camp in a world both similar and different from our own. In this world the heteronormative and sexist cultural norms are created from ideas about “nature itself” which underpins the structures in society. The entire larp takes place in this conversion camp. None of the characters will leave before the end of the larp.

The genre is a dark and absurd satirical realism. The realistic characters will be trapped in an oppressive system which we will investigate as we play the story. It’s not a story of liberation but about existing and surviving together in a place where it’s impossible to be both an integrated self-accepting person and a person which is fully part of society and families.

The camp is run by a private organisation specialising in conversion therapy, in close cooperation with the state who provides most of the funding for the operation. Some of the rehabbers are here willingly and hope that the programme can help them change, while others have been forced to come here by their families, and probably mainly hope to be able to just endure the programme as best they can. Instructed players will play the guides, who work at the centre. They will be teaching classes and facilitate a number of participative processes deemed to be able to help the rehabbers.
The rehabbers live at the centre. When the larp starts it is nearing the midterm, where an evaluation of the progress of each rehabber will be conducted.

The ideology of the society we will play is not religious. This is not a Christian camp. In this world homosexuality is viewed as a serious mental illness, that will make you an outcast that will get a sad life if you are not successful in getting treated. The gender norms in this society are strict. Not conforming to gender norms and homosexuality are viewed as a deeply connected “problem”. So some of the rehabbers are here because their sexuality has been exposed, others are here mainly because of breaking with gender norms in a way that gets them classified as homosexual.